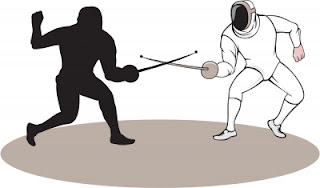 When it comes to capitalizing a company management has two options: equity or debt.  If you look across the publicly available companies you'll find all sorts of mixes in capital structures.  Some companies like Visa (V) (Analysis Here) are fully equity financed and carry no debt.  Other companies like Clorox (CLX) (Analysis Here) push their debt and leverage to the max.  As of the end of 2015 Clorox had over $9 of long term debt for every $1 of equity.  You'll also find the majority of companies somewhere in between those two with a healthy dose of leverage.

Debt is commonly known as a double edged sword meaning it cuts both ways.  Debt can help when things are going well and provide much needed capital to businesses to allow them to grow.  This can juice returns during the good times.  However, it can also be a drag on companies whenever operations begin to falter or growth slows.

When investing in companies it's important to look at the capital structure to see how things stand and the direction they're heading.  Debt is okay when it's used prudently; however, you have to be vigilant and make sure that it's appropriate given the business model.

Today I wanted to take a look at the effect that debt can have on the results of a hypothetical company.


Company A:  Conservatively financed with a little bit of debt

The first company we'll look at it is conservatively financed with a little bit of debt.  Interest expense is $400 or 20% of the baseline gross profit of $2,000.

Assuming the same gross margins no matter the revenue 20% sales growth turns into 25% profit growth.  The difference is due to a health dose of debt.  That little bit of leverage juices profits in the good times adding an extra 5% to profit growth.

However, debt is a double edged sword.  That debt that helped in the good year leads to profits declining even more than revenue in the bad year.  If sales decrease 20% profits decline by 25% once again because of the debt.

The previous company was conservatively financed, but what are the effects on a more aggressively financed company that carries more debt?

Company B:  Aggressively financed with a lot of debt

Company B will carry the same gross margins of 20%; however, more debt means more fixed costs in the form of interest expenses.  For Company B interest expense is $1,200 which eats up 60% of gross profit.

For more aggressively capitalized companies the double edged sword nature of debt is much more apparent.

In the good times debt can be a boon to profits.  Revenue growth of 20% turns into a whopping 50% increase in profits which is truly phenomenal.

However, in the bad times 20% revenue declines turns into 50% declines in profit.  Ouch!

This is a rather simplified look at the effects debt can have on profits and a bit extreme example as well since many of the companies that dividend growth investors invest in don't typically have such wild swings in revenue on a yearly basis.  However, it's an important exercise to reinforce the importance of examining the capital structure of companies to learn just how debt is effecting their results.

Some business models are more conducive to higher debt loads.  Consumer staples.  Utilities.  Big tobacco.  Real estate.  Telecommunications.  All five of those industries have relatively stable operations from year to year.  The more consistent a company is the high the debt load can be and still be safe.

The opposite is true as well.  Companies that are subject to potentially wild swings in profitability or revenues are more susceptible to the risks of higher leverage.  Industries such as the Industrials, Technology, Materials, Energy or Consumer Discretionary.

When performing your due diligence on a company it's vital to check the financial health of a company and make sure that you're comfortable with managements' use of debt.  After all you can't go bankrupt if you don't owe anyone anything.