Being Prepared to Deploy Cash During Recessions 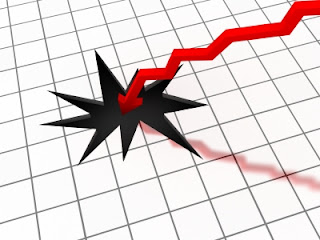 The following is a guest post from Sabeel at Roadmap2Retire. Sabeel blogs about investing and shares his journey to achieve financial independence via passive income.

As with seasons that change over the course of one year, the overall market and economy cycles through its ups and downs over the course of a few years. The number of years vary from cycle to cycle and as is the case with investing, it is extremely difficult to tell which phase one is presently in. It’s only when we look back that we realize how things were and the investors who learn from those mistakes manage to avoid them during subsequent cycles.

I personally started investing just as the market was about to crash during the 2007/2008 global financial crisis. I have shared some of my mistakes made at that time in this post. As it turned out, the market taught me a wonderful lesson that I vowed never to forget. I learned to stay vigilant, protect my assets and not let the media or others dictate my moves. The “experts” on TV may look like they know what they are talking about, but just like you and I, they do not know what sequence of events will lead to the next recession.

This brings us to the point of recessions. There is a lot of talk about whether the next recession is around the corner or a few years away. Whether now or later, the fact is that recessions are the reality and part of the cycle where fortunes are made or lost. You can get 20 different opinions from asking 10 people on what their thoughts on the current economic cycle are. The markets cycle through their ups and downs and as recounted earlier, it’s hard to tell where we are in the current cycle.

It is important to keep in mind that when a recession does hit the economy, everyone rushes to the exit doors at once, which leads to the collapse in the market sentiment. When markets rise, everyone is a genius. The uptrend in stocks (or other securities) across all market segments will lead to confidence leading to hubris in investors. It is the prudent investors who identify these sentiments in the market and take contrarian positions or at the very least, stay on the sidelines with cash ready to deploy that come out on top in the long run. A quote often attribute to Ben Franklin holds true today more than ever, especially in the context of investing: “If everyone is thinking alike, then no one is thinking”.

The onset of recessions and markets crashing can lead to exciting opportunities, but investors need to be prepared. That’s easy to say, but how does one prepare? At the very least, I recommend two things: (i) keep cash on hand, and (ii) create a shortlist.

We can learn a few lessons by looking at some of the superinvestors such as Warren Buffett. In the past, Berkshire Hathaway (BRK-A, BRK-B) has swept in when there is panic in the market with some amazing deals. During the financial crisis of previous decade, Buffett struck some very lucrative deals and bought into positions in companies such as Wells Fargo & Co (WFC), Goldman Sachs (GS), and US Bancorp (USB) to name a few. During the liquidity crunch that followed the crisis, anyone holding cash was able to command some fantastic deals unimaginable a few months/years before the event. As it stands, Berkshire Hathaway is currently sitting on $56B in cash…ready to be deployed.

This is just one example of a fortune made over the last decade. Similar deals were struck by other superinvestors at the time. While such sweet deals may not be possible for retail investors, a key takeaway (atleast on my part) is to hold enough cash late in the market cycles (I think everyone will agree that we are closer to a top than a bottom right now). When a recession does hit the economy, and market panic is abound, investors can invest in great companies for the long haul increasing their overall returns.

Investors who are looking to capitalize amid market panics need to stay focused and create a shortlist. When there is disbelief and the media is painting a picture of the world ending, it is easy to get distracted and buy into something that you are not familiar with. This is one of the worst investing decisions to make. My one advise for all investors is to always invest in securities that you understand. It is for this reason having a shortlist ready is paramount of stocks, bonds or other securities – whatever your forte. When better valuations are presented during market panic, stick to this list and capitalize on the situation. Your future self will thank you for these decisions.

It is also important to have a shortlist that spans across various sectors and/or various instruments. As we know no two recessions are exactly alike. A fallacy that most people tend to suffer from is the Recency Bias. Just because the last cycle was caused by subprime mortgages in the housing market, doesn’t mean that the next one will be the same. The fact is -- no one really knows what will cause the next crash.

Market cycles are a reality of economics. There are times of boom and there are times of bust. Investors need to stay vigilant of where we are in the economic cycle. While it’s extremely difficult to pinpoint where we are in the cycle, it is easier to point that we may be closer to the top than the bottom. It may be a matter of days, weeks or months or perhaps even a year before the next recession or financial crisis hits us. Prudent investors can better prepare for such events in the market and safe guard their assets by taking comfortable approaches. Some may decide to hedge and stay fully invested. Some may decide to short the overall market and try to time the market, while some may actually just take a more passive approach of building up a cash position and staying focused on a few securities that they understand and capitalize on major movements by investing for the long haul. I for one intend to follow the latter model.

How are you preparing for the next recession? Share your thoughts below.