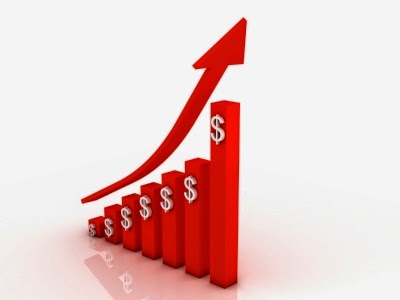 It's been a while since I last had a chance to post, almost 3 months in fact.  I didn't disappear or anything but was having to deal with medical issues for my son, Lucas.  He's one heck of a strong willed kid and whenever he gets out of the NICU I know he's going to be a handful.  It's been a crazy wild ride that my wife, son, and I have been on but he's doing a bit better now and hopefully we can keep him stable while we work on his nutrition and get him to grow.  The short story is that he has a congential diaphragmatic hernia, CDH, and his diaphragm didn't form right while in utero so some of his organs were in his chest cavity which made his lungs very underdeveloped.  It affects about 1 in 2500 kids and unfortunately the survival rate is only about 50%.  But Luke is still fighting which is all we can ask for.  If you want to follow along with what's going on with him you can check out BabyLukeBlog.wordpress.com.

So I'll be recapping the past few months to get caught up on the juicy details of my portfolio(s) and most importantly dividends.  Those dividends act as seed money for investments and will eventually allow my wife and I to reach financial independence.  I expect the rate of new capital investments to slow down a bit from my usual pace at least for the next month or so while I build up savings, deal with medical costs, finance a full household expenses since my wife quit her job to be with our son, and since I work in the oil field a little extra buffer won't hurt considering the state of the patch right now.  So please bear with me while I get everything up to date between my own spreadsheets, Google spreadsheets, and around the blog.

These dividend updates reflect all dividends that I receive through my investing pursuits and I hope can help inspire you to take control of your own finances and invest to build a passive income stream.  What you use that stream for is up to you, whether it's to fund early retirement, just provide some FI/FU money, or even to provide for an annual vacation; the key is that it can provide options and opens up all sorts of possibilities.  You can check my dividend income or progress page to see what dedication to an investment plan can give you.

I received a total of $353.94 in dividends in my FI Portfolio in November and a total of $3,802.29 during the year.  Back in September I passed my 2013 total, so everything from then on was just icing on the cake.  I also received $1.43 in my Loyal3 Portfolio in November bringing my yearly total to $2.49, but I won't break that one down until the dividend totals build up more.  So far in my taxable accounts I've received $3,804.78 in dividends which puts me 84.56% of the way towards my goal of $4,500 by the end of the year.  Barring companies not making their payouts in December I should be able to pass my goal for the year!  Unfortunately, I received no dividends in my Roth IRA Portfolio during November.

November's total showed a 9.1% increase from August 2014's total, but what I'm most excited about is the almost tripling of my dividends year over year.  In November 2013 I received $136.10 in dividends which means this year's total showed a 190.1% improvement.  Step by step, month by month is the name of the game with dividend growth investing.  I'll update my forward 12-month dividends as they stood at the end of 2014 when I post my December update.

Below is the chart showing the monthly dividend totals of my FI Portfolio only for each year that I've been investing as well as the monthly average.  It's not always an increase as some companies have weird payout schedules and eventually some positions will get dropped, but the long-term trend is what matters.  It's great to see that my 2014 average through November is at $345.66 and $130 above 2013's monthly average of $212.23.  With more contributions/investments and expected dividend increases the gap should widen that much more.