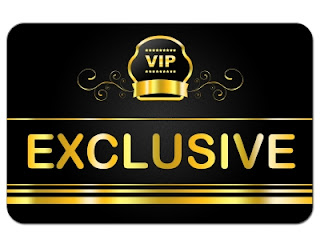 In a recent post by Income Surfer, he mentioned that his recent purchase would immediately be joining the $500 club meaning that the position would provide $500 per year in dividends.  I think that's a pretty prestigious club for a holding to be in because it generally means that you have a lot of conviction in the future of the company.  So that got me wondering how many members of my portfolio belong to the different milestone clubs.  Let's start with some general information before I narrow down my portfolio to the undisputed dividend champ.  I own 51 different companies within my FI Portfolio, excluding my employers stock, and those companies will provide $5,997.39 in forward 12-month dividends.  Each club level is inclusive of clubs in a higher level, i.e. a company that provides $205 in annual dividends will show up in the $100 Club and the $200 Club.


There's 23 different members of the $100 Club.  While that's not huge in the grand scheme of things that is a great start for several of these positions.  The $100 Club is full of the essentials of life.  That's 4 food/beverage companies, 5 if you throw DE in there since they make farming equipment.  A consumer staple giant in PG and of course two of the largest retailers in which to buy all of that laundry detergent, cereal, sodas, and chips.  Two health care companies which I think we can all agree are vital to life.  Three real estate companies, two of them being in the health care field.  Two industrial behemoths in GE and EMR.  And four gigantic energy companies which are currently beaten down in share price due to oils decline.  The two semi-outliers would be the insurer, AFL, and the international cigarette maker, PM.

Going forward I'd like to get some more consumer staples and health care companies added to this club and moved up into the higher clubs.  Consumer staples are very consistent in nature.  While they don't normally give huge increases each year, the consistent 5-8% increases year in and year out, even through the bad times, makes them huge winners in the long run.  And health care companies because they are routinely seeing price increases that are 3-5 times the rate of inflation.  Plus, the population aging will be a huge tail wind for the entire sector since unfortunately older bodies tend to break down more which means more medical treatment.


Unfortunately the $200 Club is cut down to just 7 companies and with much less sector diversification.  We see a repeat with two energy companies.  Two consumer staples, but we lost one of our retailers.  That international cigarette maker is still around.  As well as one of the largest real estate companies.  Much like the $100 Club I'd love to move some of the consumer staples and health care companies on up into the $200 Club.


Well, that run ended quickly.  Kinder Morgan is the undisputed champion when it comes to providing dividends for my FI Portfolio.  It's the only member of the $300 Club and the $400 Club.  My position in KMI currently provides almost $430 in annual dividends which is fantastic.  Although I do have quite a bit of exposure to just one single company with KMI providing around 7% of my annual dividend income.  I love the company and the fact that they give exposure to the energy industry but aren't as effected by the swings in price that oil and natural gas tend to go through.  Plus the company has routinely given investors a high current yield and double digit annual dividend growth.  So there's a lot to like here but with my exposure to energy and large weighting to KMI by itself I don't plan to add shares at any time in the near future.  Assuming Mr. Market doesn't make me an offer I can't refuse.


I do have a few companies that are very close to moving up into the $100 club, but unfortunately none of my positions are that close to moving up into the $200 or $300 Clubs.  WBA and CMI are both very close and should cross over with their next increases.  Sadly though both companies have recently announced increases so I'll have to wait a year for the next one.  At current valuations I don't have plans to add to either position at this time.  The two telco giants in my portfolio are pretty close to crossing into the $100 Club but would most likely need another purchase because they're dividend growth is quite low.  They're 2-3 dividend increases away from joining the club without further purchase of shares.

Overall I like the mix of the companies in the $100 Club but the drop off in members from there to the $200 Club is pretty stark.  And even more so as you move up the club list.  Just one member in the $300 and $400 Clubs is pretty disappointing.

For the rest of this year I have two main goals.  The first being to add more consumer staples and health care companies to my portfolio.  Two such companies that I'm considering at current valuations are The Hershey Company (Full Analysis Here) and Johnson & Johnson (Full Analysis Here). I'd also really like to add McCormick & Company (Full Analysis Here) to my portfolio but the valuation just seems too rich here.  I'll still add to other sectors but if I had my choice and all valuations were equal I would add mainly to consumer staples and health care.

My second goal is to focus on adding to current positions rather than continually adding new ones.  Don't get me wrong it's fun to learn about new companies and research what makes them so great, but there's only so many companies you can have in your portfolio while still being able to adequately manage it.  The good thing about dividend growth investing is that the bulk of the research and homework is done upfront and then after that it's just monitoring to make sure nothing major is changing.  So the annual portfolio maintenance doesn't increase that significantly with a new position.  However, there's still something about determining a core set of companies that I feel will offer the most consistent dividend growth over the long term and help me to reach my crossover point.

I can't wait to get a holding into the $500 Club.  That's a huge milestone for a position.  Most importantly though I want to focus on adding to my current positions to move them up into the higher club levels.

How many members of your portfolio are in each club level?  Do you have a core group of companies that make up the bulk of your portfolio?  Or are you spread more evenly across all positions?