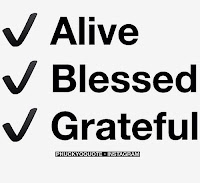 First off Happy Thanksgiving!  We all have so much to be thankful for and today is a day where we're supposed to reflect on that.  Whether you're spending the day with family, friends, or alone today is a blessing.  But every day is truly a blessing and something we should focus on daily rather than just one day out of the year.

This past year has been a very difficult one for my wife and I.  A year ago in August my wife and I were very excited since we were expecting our first child, our son Luke.  Just a few days later our world was turned upside down when we found out that his diaphragm hadn't formed correctly, a condition called congenital diaphragmatic hernia and the prognosis was a coin flip at best.  On November 21, 2014 we welcomed him to this world.  Unfortunately after 8.5 months his heart just couldn't fight any more and he passed away in August.

This past weekend should have been when we were celebrating his 1st birthday and while we still had a party for him he was noticeably absent.  This past year was full of an absolute roller coaster of emotions, sometimes within just a few minutes we would swing from one end to another.  It's been very hard to carry on without Luke being around but I'm so thankful that we had him for at least 8.5 months.  We recently got the autopsy report back and sat down with the doctors to discuss the findings and his case.


Unfortunately given how severe his CDH was it was likely inevitable that he wouldn't make it over the long run.  However, I have no doubt that the reason he did was because of the love that my wife and I gave him.  I feel that he was fighting to be with us just as much as we were fighting on his behalf.  My wife was with him at the hospital for about 14 hours per day for the entire time and while I had to go back to work at times I was there with him every minute that I possibly could.  It's devastating to have to lose your child and there's always the thought of "what would he be like" which is one of the hardest parts about losing him.

Despite the difficulties of this past year there's still so much to be thankful for.  In his 8.5 months here Luke taught me so much about my own life and he brought my wife and I closer together.  I have a loving and supportive wife and family.  They are what make my life truly wonderful.  I have relatively good but improving health.  Each and every day I move closer to having freedom to do what I please without having to worry about financial aspects.  Given the precipitous decline in the price of oil I'm very thankful to still have a job in the oil field when many of the people that I know have been laid off.  And of course being a part of this dividend growth investing and financial independence blogging community and being able to interact with all of you is a blessing as well.

One thing I've started doing is to take time at the end of each day before I go to sleep and reflect on the day and find at least one good thing that happened that I'm thankful for.  There's blessings all around us even though sometimes you really have to look for them.  Every day that you wake up is a day that's starting off right. 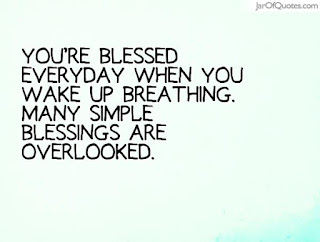