Exxon Mobil's Dividend Could Be In Danger 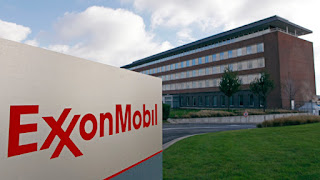 Earlier this month, Exxon Mobil (NYSE:XOM) reported Q4 2015 earnings which, as expected, looked ugly considering the large decline in the price of oil over the last one and a half years. Exxon Mobil has long been one of the largest repurchasers of shares, spending a net of $89.74B on share buybacks during the 2010 through 2015 period. However, during the Q4 earnings release, management stated that share buybacks were being halted, presumably to preserve cash.

Given the current state of the "patch", I don't think you'll find anyone that would argue with management's decision. Management was left with three choices:
Due to the large negative stigma associated with a dividend cut, that wasn't a likely option or even necessary just yet.

That left door number three: stop the share buybacks. It's a quick and easy way to preserve cash and doesn't carry anywhere near the same weight in the eyes of shareholders as a dividend cut.