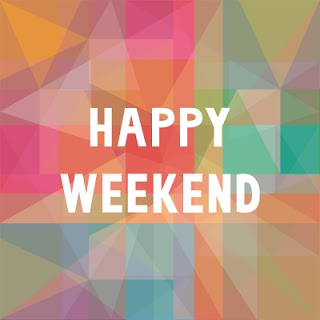 The markets surprisingly had a solid week with the S&P 500 gaining over 2.8%.  Who knows if the trend will continue or if we'll see a return to big losses this next week.  But what I do know is that my dividends keep rolling in and even increasing.

The oil field continues to be crushed by low oil prices and unfortunately my employer started another round of layoffs.  This is at least the third round that I know of over the last 12-14 months so it's quite a scary time.  I was expecting another round of layoffs although I thought it might not be until March or April, but February it was.  That's all the more reason to stock pile cash over the coming months.

I finished reading The Outsiders (affiliate link) this past week and highly recommend it and plan to get a review out about it over the coming weeks.  Since I finished one book that meant it was time to start another.  The Outsiders isn't a numbers based investment book so now it's time to beef up my number crunching some by starting The Five Rules for Successful Stock Investing (affiliate link) by Pat Dorsey.  I've seen it recommended from several other places so I might as well dig in and see what nuggets of information I can get.


I'm also reading, well browsing, The Devil's Financial Dictionary by Jason Zweig which is a brutally honest look at the financial/investment industry.  The book gives the true definition of financial terms often in humorous ways.


Each week during my Weekly Roundup I plan to highlight one of the terms.

Out of Touch CEOs

I read through the transcript of an interview with Rich Kinder, CEO of Kinder Morgan, Inc. and think he's completely on point, but completely out of touch as well.  After they announced the dividend cut in December I made the decision to close my position and re-evaluate.  Since then the markets, especially oil related stocks, have continued to be under pressure due to the continued depressed price for oil.

In the interview he mentioned that the markets are in a "sky is falling" mindset and how "there seems to be no discrimination based on quality or based on virtually anything".  Regarding the markets' behavior to start the year he's on point.

However, he also seems way out of touch regarding the decline of his own company's share price saying "I mean I'm obviously very disappointed as you would expect and where the KMI stock price is and the way the market has treated us".  Really?  Maybe your share price is being pummeled because you promised 10% annual dividend growth after consolidating the company under one entity.  Or maybe it's because one month prior to the 75% dividend cut you reiterated that you expected dividend growth to be 6-10% annually and then blast shareholders that believed you with a 75% cut.  And let's not forget that oil continues to be in the dumps with no real end in sight.

Don't get me wrong, the dividend cut was a necessary step to stabilize the company and I applaud KMI for making the drastic move to conserve cash.  It had to happen.  But seemingly having no understanding of why the share price is floundering has him way out of touch with why investors were drawn to the company in the first place.

I mentioned in last weeks roundup that i was planning on profiling a "Big Oil" company and what could have been done to shore up their dividend.  I didn't quite get the article finished this past week, but the draft is nearly complete and it should be published early this coming week.  There's still plenty of ideas floating around in my draft posts section that I hope to really get time to fully develop.

I've continued to progress on my weight loss, well, I at least feel like I have since I don't have a scale with me while at work.  Through the first 22 days of my challenge I had lost about 11 pounds which I considered great since I wasn't going heavy on the exercise.  It was primarily just eating better and more consciously.  For the most part my exercise has been limited to walking as well as some yoga and kettle bell workouts.  So far in February I've walked over 30 miles which is a huge improvement over my typical sedentary lifestyle at work.  I don't know the numbers as far as pounds lost since heading back to work but I look and feel better which is what really matters.

Due to our shift to focus on building cash reserves and pay down debt there's no news to report for transactions.  However, the beauty of investing is that the companies I own are still out there working for me 24/7/365.  And dividend growth investing has the added benefit of companies you own regularly giving pay raises and this past week was a great one with 3 of my holdings announcing increases.  Considering that I've had to take a pay cut from my day job over the last year, rising income from my investments sure is nice.  I've already highlighted two of the raises and I'll cover the third one sometime this coming week.

Next Years 4 New Dividend Aristocrats: One is Priced to Buy Now by Sure Dividend

Food for Though - 7 Aha! Moments by Tawcan

Striving for better while enjoying now by Dividend Hustler