Has It Really Been Four Years Already? 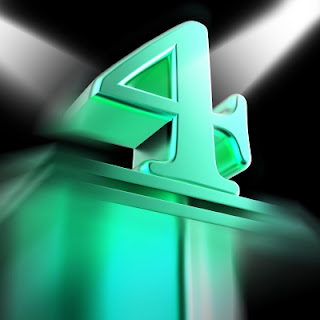 Four years.  In early November I reached my 4 year "blogiversary".  I honestly don't know where the time went because it doesn't seem like it was 4 years ago that I was writing that horribly brutal post introducing myself to the finance/investing blog world.  Seriously, don't check it out.

So much has changed over that time.  For starters my portfolio has grown significantly.  My FI Portfolio's value was $0 with total investments of $48250.  Just 4 short years later and those numbers have grown tremendously.  My taxable accounts, FI Portfolio and Loyal3, totaled over $190k at the end of October with total investments worth over $360k.  My net worth has grown by a factor of 6 to just over $400k at the end of October.

Even more impressive, to me at least, is that those numbers include this year which has seen a considerable decline in investment capital.  I've only added a net of $7,500 to my FI Portfolio this year due to other demands for my cash.  Yet my portfolio has continued on churning out dividends that have already surpassed $5k for the year.  That's almost as much capital as I've added to my portfolio through dividends alone.

You'd think after 4 years and over 750 posts my ideas would be running low, but I can honestly say that the amount of post ideas just continue to grow.  Seriously, I don't want to share the number of posts in my drafts list.  Besides the normal monthly updates, roundups, and stock analyses I also want to delve into other topics such as tax planning because for some unknown reason that has really piqued my interest over the last couple months.

I also want to move into some more theory/concept related articles that don't necessarily rely on numbers.  I could honestly use at least another set of hands/brain to help me develop all of the posts and tools that I'd like to provide for all of you.  However, my time is limited and I'm just a one man show so it's difficult to get everything done, but at some point I will.

I also can't thank all of my readers enough.  I'd probably still keep the blog going with much less traffic to my little home of the internet, but being able to interact with all of you is what keeps me motivated to keep going, writing, and of course reading all of y'alls blogs.  At times it gets difficult to catch up on everything because I still remember 4 years ago when there was just a handful of blogs devoted to financial independence and dividend growth investing and now there's easily several hundred that I try and keep up with.  That makes for a lot of reading which is part of the reason why my drafts list is a mile long.

Earlier this year in June I was able to surpass 1 million lifetime pageviews so I can officially say that I'm a millionaire at something.    I'm also up to over 960 followers on Twitter@JC_PIP and I hope to start using that more to interact with all of you during the day.

Some of my favorite posts and most liked by you guys are:


I just want to say thanks again to all of you for following along.  As always if there's any topic, idea, company or pretty much anything you'd like for me to look into feel free to let me know and I'll give it my best shot.  I can't wait to see what the next year brings!